Karate Wheel Kick Must be Done Right to Work!

The Karate Wheel Kick; a Powerful Kick for Powerful Karateka! 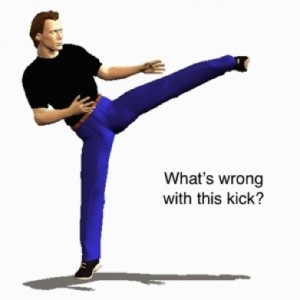 A Karate Wheel Kick is actually a fairly misunderstood kick. A young fellow came to me for instruction one day, he was a black belt and about nine years old, a lot of his friends were in my class, he wanted to learn, so I interviewed him. I was curious about a nine year old black belt for obvious reasons, and I asked him to demonstrate a wheel kick. 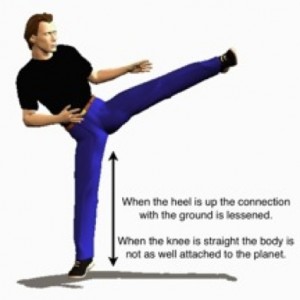 He was confused at first, because what I call a Karate Wheel Kick he called a Karate Round House Kick, but then he executed a beautiful, head high Wheel Kick, and I cringed.

I didn’t cringe because the kick was so awesome and fear inspiring, I cringed because if he ever hit somebody with that kick he would hurt himself. The kick had the foot bent at an odd angle, and the ankle could not 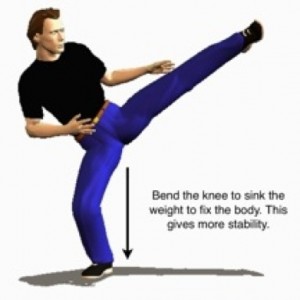 possibly bear any weight. In fact, if the fellow had attempted to kick somebody, or even a bag, with this karate wheel kick…snappo. Ankle broken.

Honestly, the kick really did look beautiful. It looked sweet and neat and I know that he would have been applauded in many schools for the sheer perfection of his karate form. It was certainly sharper looking than my kicks. But it was wrong; 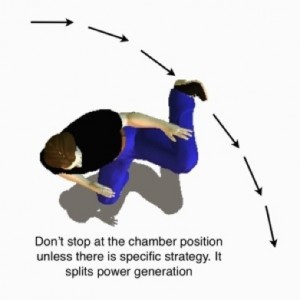 the physics of his kick were simply not workable. The point here is that there is a correct physics for executing a perfect Karate Wheel Kick.

There are four things one has to do when executing a powerful Kick. These items are set in stone, based in physics, and rarely practiced.

First: you must sink your weight while doing your karate kicking. 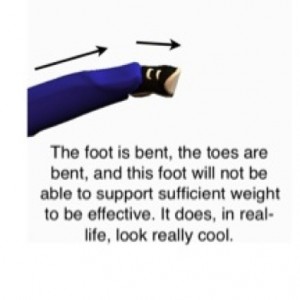 To be explicit, you must bend your support knee at the full extension of the kick. The reason for this is that the body is a motor, and motors must be attached to something to be efficient. Many people straighten their support leg, which pushes them away from the ground, ‘unattaches’ them from the planet, and does not create an energy connection with the planet. 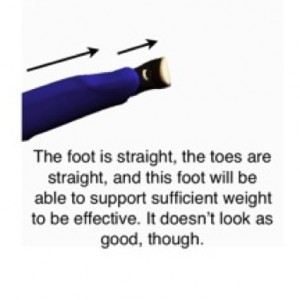 Second: the kick must be loose and ‘liquidy’ from the ground to the impact point, and from the target to the ground. If you hold the kick in the cocked position, then the trajectory of the foot is broken, and generation of power in the kick is broken in two. Two cycles of action make the kick slower, and divide the generation of power into two pieces, which is not as efficient as one piece. Yes, you can use chambering strategically, and 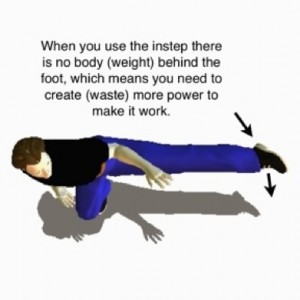 you must be able to kick from the chamber position, but the best karate wheel kick is one uninterrupted whipping motion from ground to target, and target to ground.

Third: the foot at impact must be able to bear the weight of that impact. This is simple to understand. Simply turn your foot sideways and run the fifty yard dash on the outsides of your feet. This is not only hard to do, 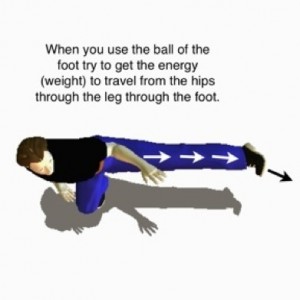 but it starts to hurt. This was my major problem with that young black belt’s kick, his foot was angled so that the ankle could not take the sudden increase of weight at the point of impact.

Four: you must use the correct part of the foot when kicking. There are three different parts of the foot that one can use in a Wheel Kick: the instep, the toe, the ball of the foot.

The toe takes a tremendous amount of specialized training to accomplish. This is a part of the foot that should be utilized only after one has become incredibly proficient.

The instep of the foot is the most used, and this is not always good. When you use the instep you are swinging the leg just as you would swing a baseball bat. This does not require artistry, it is more of a ‘bashing’ thing. It tends to come in from the side, and the body is not properly aligned. It is swinging with thirty pounds of leg, instep of lining a couple of hundred pounds of body into the kick.

To align the body behind the kick, and to better maximize the striking surface of the foot, one should strike with the ball of the foot.

Would you rather smack somebody in the face with a baseball bat or a hammer? The hammer is simply smaller, the fellow won’t see it coming, the head of the hammer is much more suited for impact with a small area of the skull, and so on. The baseball bat is easy to see coming, the force will be dissipated over a larger surface, and can more easily be avoided.

The conclusion here is that the ball of the foot may be more difficult to master (but not as difficult as the toe) but it gives a more direct line of weight and power.

I teach somebody how to use a Karate Wheel Kick in the following manner. First, the instep, because this is quick and easy to teach, and it is effective. Second, the ball of the foot, it is a finer tool with more weight behind it, and, here is something to think about it–it demands more attention to detail, and thus more awareness.

The secret of the karate wheel kick is to make it whip like a snake striking.