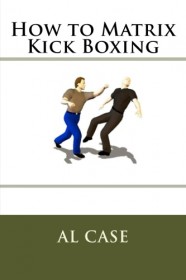 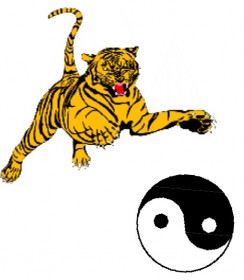 Karate Breaking Techniques were the rage back in 1967. This was because Karate, and other martial ars like Kung Fu and Taekwondo were new to the land. Nobody knew anything back then, and darn, if you could break a board…why, you could break a man’s skull!

There are some interesting things about a skull, and let me preface this article on karate breaking methods with a rather fascinating datum. 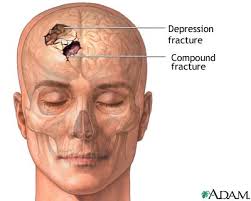 It takes Great Karate technique to break a skull!

While a skull is hard and rigid, it is easy to break. To prove this take an egg out of your refrigerator, hold it in your palm, and…without using the fingers!…squeeze.

As hard as you squeeze, that egg is going to laugh at you.

Now, use your fingers, and clean up the gooey mess. If you squeeze a skull it ain’t gonna break. If you poke it soft enough, it will. How soft? Fifteen pounds of pressure per square inch is enough to break a skull.

There are a lot of variables, of course. The skull bone differs in thickness. Hair cushions. And so on. Which puts the real force required somewhere between 16 and 196 pounds. Hit a fellow in the side of the skull, right behind and above the eyes, and the bone is thin, and it might take only 15 pounds of pressure to break that puppy. But thee are some places where the bone is thick and the pressure could take 200 pounds easy.

But, that said, a karate strike, properly done, will range from 300 to 400 pounds of pressure. That should be more than enough to crack up a skull.

So what stops a skull from being cracked when a karate punch is applied to it?

A karate punch will frequently glance off a head moving frantically out of the way. In other words, you have to have the intended target hold still so that a perfect karate strike can be focused exactly if you wish to increase your breaking chances.

Second, speaking of moving out of the way, if a surface is pliable it will resist breaking much more than a surface that is rigid. This is to say that a skull being karate kicked will move back, thus dissipating force; which is to say that if you want to do your karate breaking techniques on a human style head, it would be nice if that skull would lay down on a concrete surface with no give.

Start with Karate board breaking.

To build your break a board technique, start with one board. Number two pine, an inch thick, 12 by 12.

Once successful, go to two boards, three boards, and so on.

And, do not put pencils between the boards. Putting pencils at the edges creates space in the material being broken, and while a bunch of boards makes it look like karate breaking is awesome, the truth is that you can only break five or six boards with no spacers, but you can break up to 20 boards with spacers.

So be honest. Don’t go for the yell of the crowd at a karate breaking demonstration…go for the inner satisfaction of being able to break only a piddling five or six boards with no spacers. This presents the question of whether you wish to impress impressionable young minds, or build your inner strength of character.

And, speaking of honest board breaking techniques, don’t go leaving your boards out in the sun for a few days prior to your breaking exhibition. Dried boards break easier than regular boards. Like kindling, as a matter of fact.

But, on the same token, don’t let your boards get wet before you break them. Your iron hand kung fu technique will turn into mushy hospital visitation rights.

And, that is about all there is to breaking boards, and, if you insist, upon karate breaking human skulls.

But…if you wish to do karate breaks on skulls, let me offer the obligatory caution: detached retinas, brain hemorrhage, fractured bones, and permanent neurological disorders. All of which translates to slurred and halting speech, let alone cauliflower ears and big, old puffy noses and…over 6 deaths a year in the boxing ring.

So practice your karate breaking technique, and do it for real, as if you really had to break a skull, but settle for perfection of character by resisting the urge to violence.

Here is an hilarious anecdote about a fellow who knocked himself out with karate breaking techniques. If you want to actually learn Karate well enough to break skulls, click on Matrix Karate at Monster Martial Arts.

Here’s a great article on Karate Breaking Techniques. If you want to start work on really advanced Karate, here’s a book on how to Build Chi Power.

The gains people get from true Shaolin Kung Fu training are absolutely incredible. The key to gaining all these benefits is to train in the correct manner. After all, you could have the sweetest piece of steak in the world, but cook it improperly and you’ll have a charcoal mess.

When one is learning Kung Fu one should always move the body as one unit. Six Harmonies Boxing proposes that one should move the hand with the foot, the knee with the elbow, and the hips with the shoulders. This is technical and sound advice, which tends to isolate body parts even as it unifies them.

As for the hands and feet, one should step or twist into a stance in conjunction with the starting and stopping of the hand movement. For the knees and elbows, one should properly align the body when doing any movement. For the hips and shoulderes, move them together and you will be putting all your body weight into whatever motion you are doing.

If you move the arms first, the body weight is going to be trying to catch up, instead of projecting weight and energy, and this tends to separate weight from action. Separating weight from action will delete real power from a move. If one studies this concept carefully they will end up developing the true chi power of Shaolin Kung Fu.

Lastly, one must focus on proper breathing. There is a commonly held principle that one should breath in when the body contracts, and out when the body expands, but there is more to this principle than just that. One must breath, and use that breath to guide awareness through the parts of their body.

To make this happen one should ‘swim with awareness’ when doing the movements of their kung fu patterns. This means to push the hands through the air as if moving great weights, this sometimes makes it look like one is swimming through molasses. Of course, this tends to be more true in the internal manifestations of Shaolin Kung Fu training, but that is fine.

To summarize, these are three very important points that many people neglect, or simply just don’t appreciate. Yet they are key to progress in the martial arts. Make the body parts work together, use the whole body, and put breath awareness into your motion, that is the simple and plain secret of true Shaolin Kung Fu Training.

Friends in the Martial Arts

Analyze Everything...Leave Nothing to Chance!

Here’s the interesting thing, through the martial arts I have far more than ten or twenty that I can call friends. There are people that I studied with, and we’re talking back over fortry years, that, met again, the friendship is as solid as ever.
There is just something about sharing combat with a fellow that bonds you closer than ever.
The good news is that this is the type of combat where you don’t kill people, you just fatasize and plan and strategize until you have no desire to kill, and all you are left with is friends.
How odd.

Check out Learn Karate Online. It’s a good site with lots of tips and things. Make sure you get the free ebook on the home page.