Martial Arts Belt Ranking does tend to be a little…strange. There are so many colored belts, what does a black belt mean, what is a master, and so on. In this article I will tell you where belt ranks came from, and what they actually mean.

Martial Arts Belt Ranking came from Japan, where it was originally used in swimming classes. 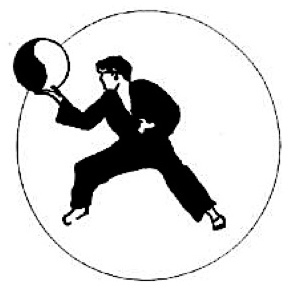 Martial Arts like Karate and Judo picked up on them because it made it easier to arrange the karate class, or judo class, and teach it.

Before then people would join a martial arts school and there were junior students and senior students, and the point was to get your Teaching certificate.

Some people didn’t want to go that far, but the serious students did. After all, why do something half way? And, of course, a person who knew enough to teach would certain have sufficient self defense skills to protect himself.

In 1967 I joined a Kenpo Karate school, and the belt ranks were eight to Black Belt, and then eight after one had achieved Dan ranking, which is what a Black Belt is.

The colors were: white, orange, purple, blue, green, three stages of brown, and black. Black belts usually just put a tip, or a strip of white on the end of the belt for each advanced dan ranking.

Later, 1969, I jointed a classical school, and here was where I experienced martial arts belt ranking as it was meant to be. Sort of.

There were three belt ranks to Black Belt. These were white, green, and brown. But, to be honest, these had been subdivided into an eight and eight system.

The theory (one of the more predominant theories, I should say), was that one started as a white belt, like an unwritten piece of paper. Then one experienced the green of spring, became worn, like autumn, and finally entered winter.

This was an interesting sort of mythos. There was a logic to it, and it did describe the growing process, sort of.

But, what I noticed as the years rolled by was this: Martial Arts belt ranking doesn’t matter to people who have been in the martial arts for a while.

Yes, they are important, if only to spur the beginning student on. And, one should take pride in an achievement. It takes a lot of work, a lot of stick-to-ivity, to progress through the martial arts belt ranking systems.

But the real measure here is whether a person makes it to teacher.

Why do things half way, eh?

And that is the truth about Martial Arts belt ranking.

Here’s a great article on reality martial arts belt ranking. You can get started on Learning Martial Arts right here.