As I am now offering this course as an instant download, I thought I would offer an extra special bonus. You can find out about this bonus at the bottom of this page. 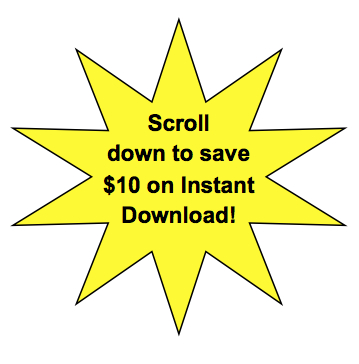 Temple Karate is one of the martial arts systems, a Karate System, that I wish to teach at Monkeyland.

Temple Karate consists of two actual systems.
The first system is based in the Kang Duk Won, but has been matrixed for a more flowing motion in the forms, more efficient techniques. It is an evolution of that art after more than forty years of practicing them.
This includes:

At this point I had a choice. I could keep going with the same system and do the forms called sip su, no hai, bot sai, umbe, and so on.
However, I am not a firm believer in doing the same old same old. These forms are pretty much just wider variations of the pinans, but not connected to them, except for Bot Sai.
Instead, I opted for the system I had been developing for some 20 years.
I call the system Unsu Do, after the first form.
Unsu means ‘cloud hands,’ and it is considered by many to be the highest karate form in such systems as Shotokan and Shito Ryu, and others of that ilk.

So I took it, matrixed it, chopped out a lot of motions that don’t have much meanings, and it is short and sweet and easy to do.
I am more interested, you must realize, in going deeper into the basics.
Below the basics are the true spiritual evolution of the martial artist.
Unsu Do consists of five forms. The purposes of the forms are to sink deep enough into the basics to understand such things as how to drop an opponent with a simple one finger insertion into his body, how to manipulate a person only with intention.
The five forms of Unsu Do are:

Remember, these forms use old names, and are based in certain moves and concepts, but they are shortened and matrixed and made very pure in spirit.

Thus, there are two systems in Temple Karate, an improved Kang Duk Won and an advanced Unsu Do.
Eleven forms and all their applications.

And, this brings us to the bonus.

I walked into a Martial Arts Supply house once, and I was looking through the books, and the counter guy looked at the book I was thumbing through, and he said, “That’s the worst book I’ve ever read. Pure garbage.”

This, of course, absolutely intrigued me, especially as the book seemed well written. It wasn’t a book on technique, it was a book on how Karate came to be.

So I purchased the book, took it home, and suffered advanced enlightenment. The book totally opened my eyes, explained ALL sorts of things. Why Karate evolved, who really put it together, what it’s real purpose was, and so on.

And, you know me, I wrote a book on all the things that I had learned.
Unfortunately, I never got around to taking pics for the book, so it sits inside my computer, gathering electric dust.
Or, rather, sat.

Special Bonus number one…the Book: Imperial Karate. This book details advanced fighting maneuvers which, to be sure, were at the heart of true Karate back when it was invented.

You see, I didn’t take the pics, but while shooting some other videos, I asked the fellows to help me shoot a couple of videos describing these advanced concepts that were the original Karate.

So I had a lost book, some videos I had entirely lost track of, and the two came together.
Yes, I could sell them as a course.
Or, I could give them as a special bonus.
A bonus that not only shows advanced forms, but presents original concepts…from the birth of Karate.

A bonus, because I really want to encourage people to think about the kind and quality of teaching at Monkeyland.

IMPERIAL KARATE IS ONLY AVAILABLE ON THE INSTANT DOWNLOAD!
It is not available on the disks.

The Temple videos are about 135 minutes. I would estimate that as much as ninety minutes are spent going over applications.

The three Imperial videos are just under a half hour, but it is a half hour of purely enlightening stuff that modern Karateka have never thought of nor seen. You’re going to see what the Karate forms were originally designed for, how to make them work, and it is going to totally change the way you think about that art.

It’s not your daddy’s karate, it’s your grand daddy’s, and he was one mean son of a…you get the idea! Grin.

OR…
If you would like to save Ten Dollars
AND
get the Imperial Karate bonus book and videos,
AND
start doing the course in just TWO MINUTES…

After you do the Paypal thing
you will be directed to
a password secure site.

If you experience ANY problems with the downloads,
contact me at:

The Temple Karate Course is copyrighted, but you have special permission to download the course to your hard drive, to store the course on disk, and to make a paper copy of the instruction manual.?