Martial Arts Freestyle…Three Decisions To Be Made

Martial Arts Freestyle…and my karate instructor told me to raise my hands and defend myself. It was the karate lesson to end all lessons, and I was bruised and beaten and generally pummeled.  Interestingly, if I had understood three simple, little things, the lesson wouldn’t have been hard…it would have been juicy. 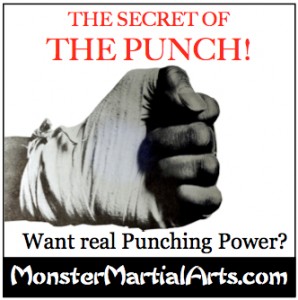 A simple martial arts freestyle drill to help you do this is to face your partner at a distance you both agree on, and then, no matter where your partner goes, move with him to keep that exact distance. Front to rear, left to right, you maintain that distance. And it works best if you can match his footwork; if he moves his right foot towards you, you move your left foot back, and so on.

To master martial arts fighting exercises, if your partner attacks with feet, you must back up, if he attacks with hands, you must block. The reason you get out of the way of the feet is because they are larger and stronger than the arms, and you should avoid blocking something large with something small. Obviously, as you get better and better, this will change, and you will eventually be able to handle feet with good solid blocks.

The third step in learning martial arts freestlye techniques is to divide the body right side and left side. You must become aware of whether the attack is angling towards one side of your body or the other. This will enable you to push his arms across his body (close) or to move them out from the body (open), which stifles his attack, or opens the targets of his body.

At first you can simply face each other and attack with either the right hand or the left hand, and perceive which side he is using. After you have built up enough experience to detect which side he will attack with you will begin to see how to close his attack or open it.

In the end, everything depends upon perception. You must open your eyes and become aware of your attacker, study him throughout every motion. These three steps are at the heart of learning how to do martial arts freestyle.

Here’s a video to help you learn how to do Karate Freestyle.

This article has been focused on martial arts freestyle.