Karate Technique from the classical forms were frustrating, yet enlightening. One of the Kang Duk Won Techniques that used to drive me crazy, and yet which ultimately proved of the utmost value, was from the first movement of the form Pinan (Heian) Three. 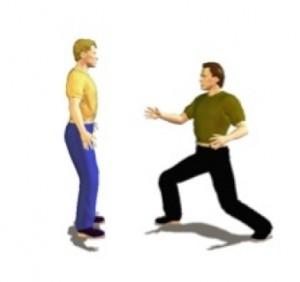 We began the self defense techniques (called Promise Fights) from a distance. That would allow the defender sufficient time to  see what was coming. 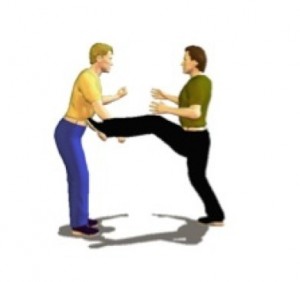 First attack was a kick to the groin area. In defense we would bring  the feet together and execute the first self defense move out of the kata.

This attack was followed by a punch to the midsection. We followed the form and did two blocks. 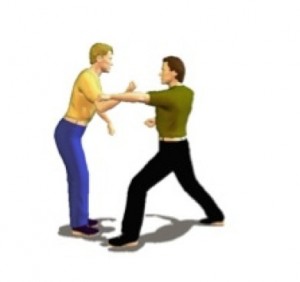 grab the attacker’s wrist. With lots of dedicated practice we made this self defense movement so fast it was workable even in freestyle.

The crux of the self defense technique was that we twisted the whole body, from there feet up, and jerked the attacker into a horizontal backfist that literally took his head right off his shoulders. 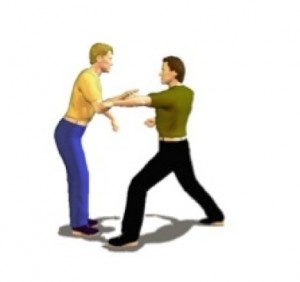 The technique proved useful, but what really surprised me was the way you had to explode from the tan tien to make it work. It simply wouldn’t work if you didn’t explode from the center and commit the whole body to the action. This piece of the karate kata, it turned out, was not just functional, but a ki builder of extraordinary magnitude.

That is the real benefit of classical Kata applications. 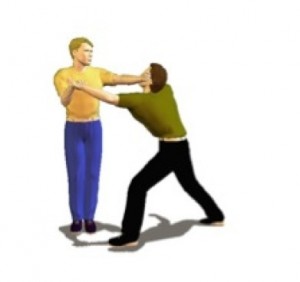 Needless to say, I learned to love the move, but it took a while to really manifest the ki power. To this day I always think of this move when I think of how to put real oomph into a classical karate technique.