4 True Karate and the Korean Connection

One of the people Karate Master Kanken Toyama taught was a young Korean named Byung In Yoon. In fact, Byung In Yoon had extensive experience in Kung Fu (said to be a master), and was promoted to 4th degree black belt and made captain of the university team. 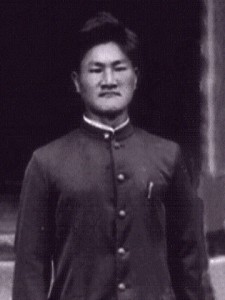 Byung In Yoon brought Karate back to Korea, and it is interesting to note that he was teaching Karate, and not the kung fu that he had previously learned. This speaks highly of this style of karate, that it would be selected over other arts by experienced instructors to be passed on.

At any rate, the karate brought to Korea by Byung In Yoon became pivotal in Korean Martial Arts history. It would result in the creation (or at least extremely heavy influence in) of several of the major Kwans, or martial arts schools of the time. It is also given credit by some as one of the major influences in the creation of Taekwondo.

And, one other point of interest to be mentioned before we move on, this form of Karate has been selected, in some form or another, as the style of Karate to be taught to the imperial bodyguards of three nations: Korea, Japan, and Okinawa.

The point here is that with all the styles of Karate generating and abounding, the style that came to be known as Kang Duk Won seems to be the art that had major influence.

Still, the art did wane, and was somewhat absorbed by Taekwondo, but still was perpetuated. Byong In Yoon taught Park Chul Hee, who taught Norman Rha, who brought this singular form of Karate to America and a young man named Bob Babich.

At this point we have a clean connection to Karate before Funakoshi, and free from the Japanese influence. We also have a lineage of only five people from the Okinawa ‘creation’ period: Kanken Toyama, Byong In Yoon, Park Chul Hee, Norman Rha and Bob Babich.

In the next section we will discuss Bob Babich and the Kang Duk Won in America. Click on…I want to learn true Karate!