Kata Unsu is one of the most advanced karate katas you will ever learn. Unfortunately, there is good and there is bad with this pattern. There are things you would never do in the moves, and there are things that are sheer genius. 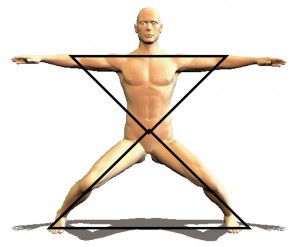 Unsu means Cloud Hands, and it was supposedly introduced to Shotokan Karate by Kenwa Mabuni. He taught the form to Funakoshi’s son. The form is rumored to be an old kung fu pattern from the dragon style.

In this karate form there are moves that would never be used in fighting. Still, the moves give athleticism, and can’t be totally discounted. Remember this when you do your flying 360 double kick with a foot sweep tacked on the end.

On the good side, there are some fierce changes of direction that it would be well to practice. These moves are very street ready, easy to do, and you just need to practice them and let your speed evolve. Take a look at unsu videos when you peruse youtube, get a good video and it will dazzle you.

Back to the bad side, many people do Unsu Kata for tournament, and this tends to accentuate the flashy and demoralize the workable. This is actually one of my sore points, for I believe it was Gichin Funakoshi who mentioned that martial arts shouldn’t be done for glory.

Master Funakoshi’s words in mind, virtually all martial arts have fallen to this problem. Kata applications are often slaughtered just to titillate a few fans. This is a shame, as it tends to destroy the true function of the art.

There are some solutions to the problems I have pointed out. One solution is to break down Unsu, and find the core moves within it. Interestingly, doing this you may end up with a karate kata as short and sweet as Sanchin, yet just as deep.

Or, one could just spend a lifetime pursuing perfection through the unsu bunkai, and so what about the problems . Still, to perfect jump spinning double kick kata, which will be worthless in specific terrain, once one grows older, and so on, might not be the best path. Of course one could do both: follow the difficult path as long as possible, then shift to the shorter  path–and perhaps that is the real solution to kata unsu.

This has been a page about the kata unsu.