Happy work out to you!
Which is the same as saying,
be strong and well,
be smart and sharp.
Be kind.

This is the third part of a five part series.
Subscribe to the newsletter to find the other parts 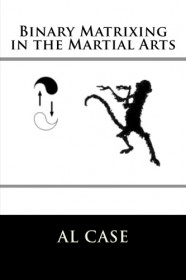 The most important Martial Arts book ever written.

In the first two articles
we have discussed why
the native American Indian
was the best light infantry in the world.
This included a discussion of their hunting prowess,
and their devotion to silence,
all of which combined to make truly great silent warriors.

In this part I want to discuss
motion.

At rest you should be able to move in any direction,
and without the need for unbalancing your body.

Now,
consider how the Indians were raised.
The woman cared for the child until the age of six.
At six the brave took over.
The child was trained to be totally and utterly silent,
and to move with extreme awareness.
Punishment for transgression in this fields was simple:
go hungry.
If the child didn’t master the skills,
then he didn’t bring home the meat,
and he went hungry.
And the family went hungry.
No excuses.
This attitude went towards hunting,
which was the main duty of the warrior,
and which led directly to combat.
No excuses.
You learned to use a knife the right way,
or you went hungry,
or…
died.
Harsh methods,
but they resulted in amazing warriors.

Here’s something that many people don’t understand.
The white man didn’t beat the Indians.
He infected him with disease.
It’s true.
The Indian had no defense for this kind of ‘germ warfare,’
and he eventually succumbed.
He didn’t lose in battle
so much as die out from disease.

Now,
that all said,
I liken the Indian hunting techniques to Tai Chi Chuan.
To sneak up on a wild animal
you had to move so slowly,
as slowly as the wind moved a tree branch.
You had to blend with the motion of nature.

You had to have a strong body to support this slow motion.
And you had to stand in a manner
in which you were still capable
at any moment,
of moving in any direction
as if sprung from a spring.
Not falling uncontrolled,
but legs loaded and ready to shove off,
in any direction.

Okay,
if you want to move with total silence,
and yet be so balanced
that you can move in any direction
without the need to unbalance yourself
and fall uncontrolled,
check out Five Army Tai Chi Chuan.

and make sure you subscribe to the newsletter
and read the first and last parts
of this scholarly treatise
on the methods of the finest guerrilla warriors in the world.

Have a great work out!

Remember,
Google doesn’t like newsletters,
so this is the best way to ensure you get them.

You can find all my books here!
http://monstermartialarts.com/martial-arts/