Bubishi Martial Arts Book Is Recognized As Bible Of Karate

Bubishi Recognized as Bible of Karate

The Bubishi, the one having to do with White Crane and Monk’s fist Boxing, was compiled sometime over the last few hundred years in Fuzhou Province. Fuzhou is where Shaolin Kung Fu was practiced, and which kung fu became the inspiration for Naha-te, which became Karate. There is no doubt that it is one of the most influential martial arts books in history, and probably the bible of All Karate.

The Bubishi is actually a lengthy work of art, jam packed with poems, anatomical drawings, and so on. In writing this article I decided to concentrate on the eight phrases which were pivotal to the inspiration of such arts as Goju Ryu Karate and Uechi Ryu Karate. The meaning of these phrases, which are named Kempo Hakku (Eight Rules of the Fist), can be found by examining them through the Science of Matrixing 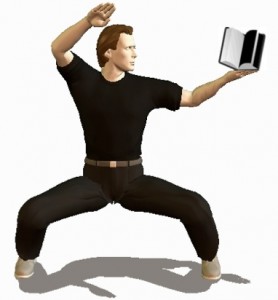 The next phrase is, ‘the method of inhaling and exhaling is simultaneously hard and soft.’ Breath out when the body grows larger, breath in when it grows smaller. Always keep the belly slightly tight and ready.

The next phrase is, ‘act relative to time and change.’ This means that when the universe changes, you must change with it. One will find that the universe actually mirrors the intentions of the person, and gives one feedback on the deepest levels as to his personality and worth.

The next phrase in the bubishi is, ‘techniques happen in the absence of conscious thought.’ Practice your techniques until they become intuitive. On a deeper level, through the practice of the martial arts (Karate) a martial arts student will, in the end, find himself incapable of hiding in the mind.

The next phrase is, ‘the feet must advance and retreat, part and meet.’ This looks like a principle of fighting strategy. But if one learns how to control distance they can control the combat, and ultimately they will be able to harmonize with an opponent.

The next phrase is, ‘the eyes miss not even the slightest change.’ One should use the martial arts as a tool to grow their awareness. The superior human being does not let his awareness so much as blink.

The last phrase in the Bubishi is, ‘the ears listen in all directions.’ One must travel beyond the need for physical senses. Find out who you are, for the spiritual being is far beyond the physical.

The Bubishi is truly a Bible of Karate. To understand this work of art, one should take the Master Instructor Course. Head to Monster Martial Arts for this Martial Arts DVD course.