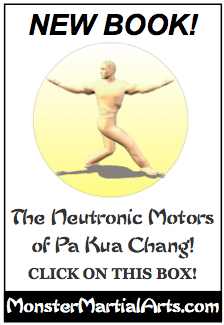 It was at a Karate School that I Learned to Fart on Your Food!

Karate School…and Learning How to Be Politically Incorrect!

As time went on, I realized that having gone to a Karate School, I was not the same as other people. I don’t think I realized how much Karate had made me different until the day I ran a social experiment where I had a Karate student fart on food. FYI, no food was actually harmed in the conducting of this social experiment…grin.

Do you have the gumption to actually fight back at what has been done to you?

And, I noticed that all the people around me were getting older, especially in their personal attitudes. They started thinking that politicians and other fools and liars were significant, and they grew grim lines on their faces. Me, I just kept studying and training in the martial arts.

One day I ordered this fart machine on the web. You press a button and it makes the wonderful sound of flatulence, and most people are easily fooled. Then I had one of my Karate students slip it in his back pocket, and had him back up to a table at a nearby restaurant.

Now, I expected to have to save him when somebody got angry, but I was wrong. It was a sidewalk cafe, and he would back his fanny right over the table, and hit the button. People stopped talking, looked down at their lunch, and kept right on eating.

I was in shock, farts are actually airborne fecal matter, and every person we did this to just looked down at their plates and kept eating. I would have gotten extremely angry if anybody ever did that to me. So why wasn’t anybody getting angry?

I would have gotten angry because I learned Karate and other martial arts, and I am trained to stand up to idiots who do things like that. Simply, I am not afraid, and especially of some fool who lets out a puffer. And all those people whose toast and sausages we were farting over had not learned martial arts.

The people of this nation, you see, have been trained in school, watched too much TV, and had the gumption socially acclimated right out of them. Political correctness has now replaced the instinct to survive, and people just sit around and be victims…they are afraid to stand up and say: that’s not right and don’t you ever pull that stuff again! So go ahead and continue the way you are going, encourage your kids to go to school and learn how to be politically correct, don’t go to a Karate school or learn kung fu or anything like that, and the next time you sit down and hear a strange sound blowing out the back of somebodys jeans…just look down at your plate and keep eating.

Toss out political correctness, click to MonsterMartialArts.com, go to a real karate school on the net, learn true karate…and start undoing what has been done to you.

Karate people are the best peoplein the world. Really love ’em. So here’s the deal.

On my site (Monster Martial Arts)  pick out any course you want.

Any course you want. Actually, you could do this for a bunch of courses. It’s that kind of Xmas, you know?

And, now that I’m talking, I want to explain what hanakwanmass is.

I don’t care what religion you are, or what color skin you’re wearing, or whatever. We’re all human beings under the flesh, and if you have a holiday, I share your joy. No matter what holiday. That’s the meaning of hanakwanmass.

So head over to Monster Martial Arts, pick up the free ebook, find a course to save five bucks on, and…