Entering the Mind of No Mind

One thing karate does is enable a person to enter the mind of no mind. The method of karate enables this as a pretty distinct fact. Unfortunately, society has destroyed true karate at a relatively fast rate, and so you should pay attention to this article, and implement the principles in your karate training.

Mind of no mind is also called, in Japanese, mushin no shin. While held up as mystical in the orient, it is actually pretty straightforward, but it does require a person to become somewhat enlightened. The real key here is to see things as they are, not as one wants them to be, or as they have been in the past, but as they are now. 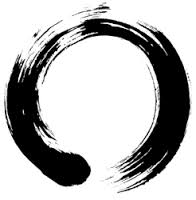 A perfect circle has no corners

The key to mind of no mind is to isolate the now, to actually exist wholly in the moment. Thus, when the punch is thrown, or the kick is launched, or the sword whistles through the air, you perceive it actually happening, and time actually slows down. Although, what is really happening is that you are becoming calm enough, being outside your mind, and seeing time as it really is, as it really happens.

There are a few things you need to isolate and cultivate this ability to see time as it happens. One of the most important things is to experience CBM, or Coordinated Body Motion. CBM is when you move all body parts at the same time, and stop them all at the same time.

Another necessary item is correct body alignment. The parts of the body must be lined up so that they are in the correct order, and this must be done with full CBM. This is something that should be built into all forms practice, and is necessary within forms practice to achieve mind of no mind, and enlightenment.

The real key here is that forms are a method to enable the individual to control his body. This is heightened, and quite different from something like ballet or gymnastics because the pieces of the form must be used to control another individual. Thus, the secret of mushin no shin, and enlightenment in the martial arts, is not to destroy, but to control.

To not destroy, although that ability is necessary, but to control. If you destroy, the game is over, and where is the enlightenment in that? And this is why Gichin Funakoshi did not hold freestyle, specifically of the tournament variety, up as part of the True Way.

To control will eventually separate the individual from his mind and body, and thus enable him to see the universe, and time, and life, as it really is. The truth is that things aren’t what they seem, they are but a shadow, and your mind obscures this shadow tremendously, and obscures methods for shedding the shadow and leaving the mind. And the truth is that this potential is within the martial arts, one of the four ways of enlightenment, but in todays tournament infested mind it is as good as lost, unless you read and apply the principles detailed in articles such as this.

Zen Karate and the Mind of No Mind

I love the concept of Zen Karate, having a mind of no mind, but not many people really understand what it is. 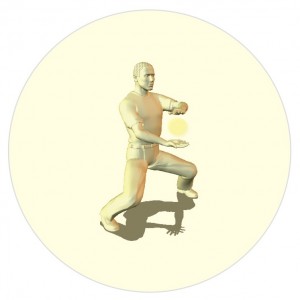 Zen is like saying knowledge. having no mind, that is like being focused on one thing, to the exclusion of all else.

The phrase the Japanese came up with to describe this is mushin no shin, or ‘Mind of no mind.’

Really, it is you, the spirit, looking out at the world, dealing with the world, without having a mind to get in the way.

But what is the mind?

I’ll let you cogitate on what exactly the mind is, but while you’re doing that, let me tell you a story.

I was doing a kung fu exercise with a fellow one time. We were both heavy into karate, but our instructor taught us this thing called sticky hands, and something interesting happened that day.

We were standing, face to face, our arms entwined, and I decided to equalize my awareness, to be equaly aware of both sides of the body.

I fed my awareness out my arms, being careful to put exactly the same amount of awareness into each arm. As I reached the fingers I suddenly popped out of my body.

I was sitting there, my awareness like a lighthouse beacon shining down on my partner.

He tried to move, but he couldn’t, I had taken control of his body.

Problem, I had taken so much control I couldn’t move. We were stuck in exercise, unable to have motion, a vast energy pouring through me.

Finally, I got scared, and i snapped. I punched my partner in the chest. The hand flew out, he flew back and hit the wall, and POP, I was back in my body.

“What the hell did you do?” He exclaimed, rubbing his chest. He later told me he had never been hit that hard in his life. But I knew that. I had hit him from outside the body, and with more energy than the body is capable of containing.

That was just one of the times I experienced the state of ‘no motion, of not having a mind in and through the martial arts.

Interestingly, I will say that in this specific instance it was a combination of karate forms training, and the softness of the kung fu exercise, that enabled me to do it.

Through one or the other I would not have reached it, but through both…yes.

That is one of the problems of the martial arts, they have become compartmented, rueld by true believers, and people lack the ability to put them together. Putting them together is one of the benefits of Matrixing. Matrixing enables one to combine arts logically and quickly. There is no other technology in the world that can do that.

Anyway, that is just one of the experieces I have had of Zen Karate and the mind of no mind.

How to Put Mushin No Shin in the Karate Fist

Mushin no shin means mind of no mind. simply, you get rid of all the garbage going on in your skull, and you dedicate yourself to doing one thing, and one thing only. In this case, the one thing involves the use of the karate fist, and punch powerful beyond imagination.

Interestingly, attempting to understand mushin no shin can result in mystical experiences, insights of supreme clarity  and understanding the universe, and so on.

The reason is because when you get rid of the mind, and start working at a spiritual nature, you perceive the universe differently.  You perceive it without eyes.

That said, mind of no mind, can actually be expressed as ‘Time of no time.’ You start perceiving time between techniques, you see.

Now, when I first realized this, I stopped punching with muscle, and started extending my arm like it was a stick. I stopped grunting and snapping and powering up, and simply held the ground with my feet, and extended the stick of my arm (fist) through my opponent.

Man, it worked like a miracle. Right from the get go, I was having to tone down my techniques, they were just causing too much pain, and threatening to cause severe damage.

Check out this video of me and a candle from over a foot away, I am just using mushin no shin, and the arm like a stick…

It all makes sense with the simple concept. Sometimes you have to go through a lot of work out to get the concept, but you shouldn’t have to. After all, if you can understand what I just said here, you should be able to do it.

Drop by Monster Martial Arts to find out more. Check out the http://www.monstermartialarts.com/Matrixing_Chi.html, it’s ina  link at the bottom of the home page.